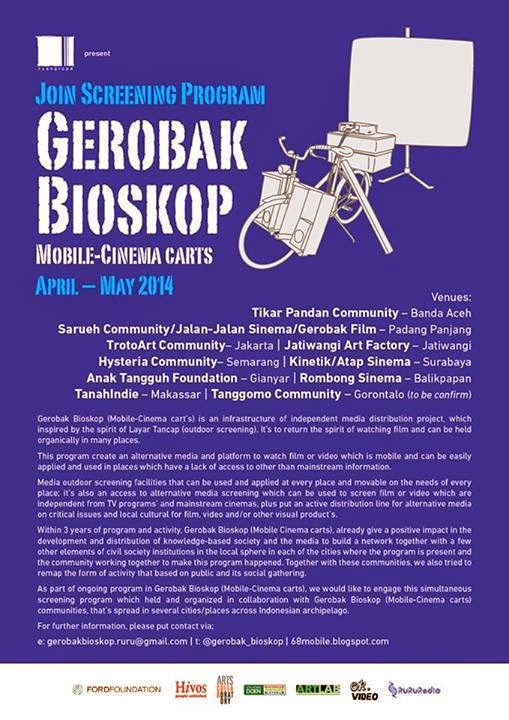 Gerobak Bioskop (Mobile-Cinema cart’s) is an infrastructure of independent media distribution project, which inspired by the spirit of Layar Tancap (outdoor screening). It's to return the spirit of watching film and can be held organically in many places.

This program create an alternative media and platform to watch film or video which is mobile and can be easily applied and used in places which have a lack of access to other than mainstream information.

Media outdoor screening facilities that can be used and applied at every place and movable on the needs of every place; it’s also an access to alternative media screening which can be used to screen film or video which are independent from TV programs’ and mainstream cinemas, plus put an active distribution line for alternative media on critical issues and local cultural for film, video and/or other visual product’s.

Within 3 years of program and activity, Gerobak Bioskop (Mobile Cinema carts), already give a positive impact in the development and distribution of knowledge-based society and the media to build a network together with a few other elements of civil society institutions in the local sphere in each of the cities where the program is present and the community working together to make this program happened. Together with these communities, we also tried to remap the form of activity that based on public and its social gathering. 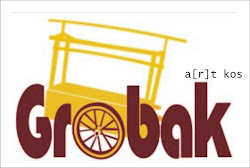